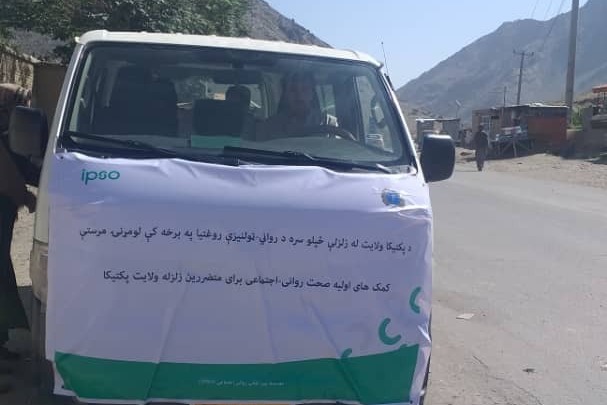 In the Afghan-Pakistan border region, a violent earthquake struck at the end of June 2022, killing hundreds of people. Many more have been injured, a lot of houses have been destroyed, and dozens of families have been separated from each other. The full extent of the casualties and destruction remains to be seen.

The humanitarian situation in Afghanistan is catastrophic, and many people are cut off from supply systems regardless of the current situation – especially since the change of power in summer 2021 and the associated withdrawal of international troops. In addition to a lack of shelter and relief supplies, many people are in urgent need of psychosocial support.

A team of six Ipso counselors has traveled to the disaster region to provide psychosocial support. The experienced team has previously provided support in Afghan provinces affected by natural disasters.

Photo: Ipso bus of the relief team with the inscription “Psychosocial first aid for those affected by the earthquake in Paktika province”.

Psychosocial support during the coronavirus pandemic